1. Interaction with the Wotan German AI


Once you have the Wotan AI up and running, you may enter input immediately after Wotan outputs a thought to the screen. If you delay too long, Wotan will cut off your input and it will be incomplete -- it will not make sense to the AI.

You may enter a thought in German in lowercase only with the format of Subject-Verb-Object (SVO), such as, "ich bin ludwig" for "I am Ludwig." Of course, you could also use uppercase only and enter "ICH BIN LUDWIG". The important thing is to enter only characters of the alphabet and not to press the shift-key and not to use any punctuation. Each AI Mind processes your input as if it were acoustic speech entering the ear, and the use of any keys other than character-keys will only confuse the AI and interfere with its recognition of German words. You must especially not use the backspace key, because your input is being processed character by character and it is not accumulating first in a buffer. If you make a mistake or you accidentally press the backspace key, you may press the "Enter" key and you may wait for the AI to reject your input as meaningless. After the AI has responded in some way, you may try again to enter what you intended to communicate.

For the German umlauts you may substitute combinations such as "ae" and "oe" and "ue", as in "maedchen" or "schoen" or "fuer". You may use the double "ss" instead of a single German character. Please keep in mind that if you consistently misspell a German word always in the same way, the AI will assume that the spelling is correct and will learn the word in its misspelled form.

Mindforth — Oder warum Forth heute ausgedient hat
("Mindforth - Or why Forth today has exhausted its service")
was published in German on 22 February 2015 at the URL:
http://aa5new.wordpress.com/2015/02/22/mindforth-oder-warum-forth-heute-ausgedient-hat

Mindforth, genial oder absurd?
("Mindforth, ingenious or absurd?")
was published in German on 24 February 2015 at the URL:
http://aa5new.wordpress.com/2015/02/24/mindforth-genial-oder-absurd 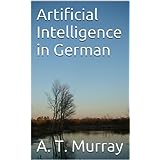 Return to top; or to
German Artificial Intelligence