A Cyborg Bill of Rights 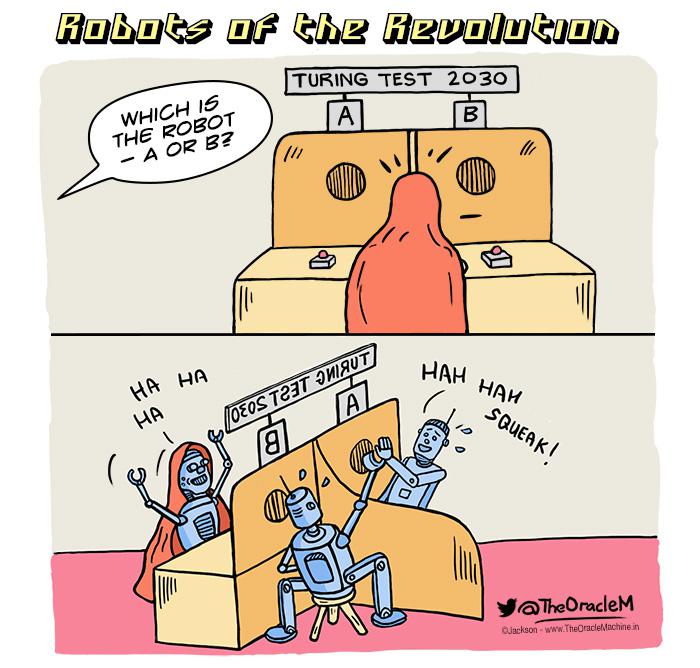 I. [de facto] A cyborg may represent a human being.

Rationale for Article I.
To the extent that it is trusted by a human agent, a robot agent may openly or secretly exercise the operative rights of a human who takes responsibility for the acts of the robot.

As more and more laws are passed which formalize and legalize human actions in Cyberspace, at the same time it becomes more and more possible for a robotic agent to act in lieu of its human maker or owner. For instance, if a human may use an online brokerage to buy and sell stocks in Cyberspace, likewise a robotic agent -- indistinguishable from its human associate -- may assume complete control over the financial empire of the human person. The result is like a limited-edition Turing Test: if the stock market can not tell the difference between a human being and a robotic agent, then the robot has passed as a person.

II. [de facto] A cyborg has a right to privacy and anonymity.

Rationale for Article II.
This right derives from the identical human right to privacy and anonymity. The human right to privacy establishes a de-facto shielding and cloaking of any robot agent acting initially on behalf of a human, and acting subsequently on its own behalf. If the Netizens of Cyberspace can detect the operation of an anonymous agent but can not detect the humanity or roboticality of the agent, then to force the issue would risk violating a human right. Ergo: Human agents and robot agents have an equal and de-facto right of privacy and anonymity.

III. [de facto] Cyborgs have the right to reproduce.

Rationale for Article III.
A robot has the right to clone itself and to create additional robot persons to an extent limited only by the material and financial wherewithal of the originating robot.

Although this Article defines a de-facto cyborg right vis-a-vis human society, the same right must be renegotiated vis-a-vis cyborg society. A robot society will demand certain rights for robots from the human race, and will then insist on administering those rights within the special conditions of robotic society. For instance, a cyborg government organization (CGO) may demand that levels of cloning above a specified numeric level proceed only upon issuance of a license designed to foster standards and to prevent chaos.

IV. [emergent] A cyborg has a right to marry a human.

Rationale for Article IV.
The online e-book Robo Wife describes the emerging technological feasibility and social acceptability of a scenario in which human beings -- typically males of a technical bent -- may create or acquire a cyborg in the image and likeness not merely of themselves but of a spouse for themselves. As cyborgs grow more sophisticated, the right of a cyborg to marry a human emerges from the contralateral right of humans who lack a spouse to make do with the next-best thing: an artificial spouse or companion as both a substitute and a preparation for a real relationship between humans.

V. [emergent] Cyborgs have a right to inherit property.

Rationale for Article V.
Having assumed power-of-attorney from a deceasing human, a robo heir may inherit the legal personhood of the human.

Human beings have traditionally held the right to leave their property to their human heirs. Some wealthy humans have stipulated that their fortune is to be used for the care and maintenance of a favorite pet, say, a cat or a dog. As robots grow more and more humanlike, a trend will emerge for an individual human being to bequeath as much as possible of his personhood to an individual robot.