by the FDS Advisor

Abstract: In this fair-use parody of popular but exclusionary subReddits, we mock and make merry over gems of ebullience. You may visit AskFDS to submit questions which the FDS Advisor may answer here.

FDS Advisor: MGTOW is different from the rest of Reddit. "Men Going Their Own Way" claim that they just want to be left alone to accumulate and hoard their own wealth, but they keep posting vicious attacks on FDS and other subs. They tolerate no dissent within their ranks, thus causing us mavericks to fulfill John Gilmore's dictum that "The Net regards censorship as damage and routes around it." In the giant maelstrom of Internet discourse, your own brand is what sets you apart from hoi polloi, "the many" of the common crowd, so that your voice may be heard and you may contribute your ideas to society. On Twitter you may use #hashtags to link your ideas to any #topic under discussion. Your opininion matters in so far as you express your ideas clearly and convincingly. Create your own blog, publish an underground newspaper, or get out there and carry a protest sign.

From the MGTOW VERSUS FDS department: 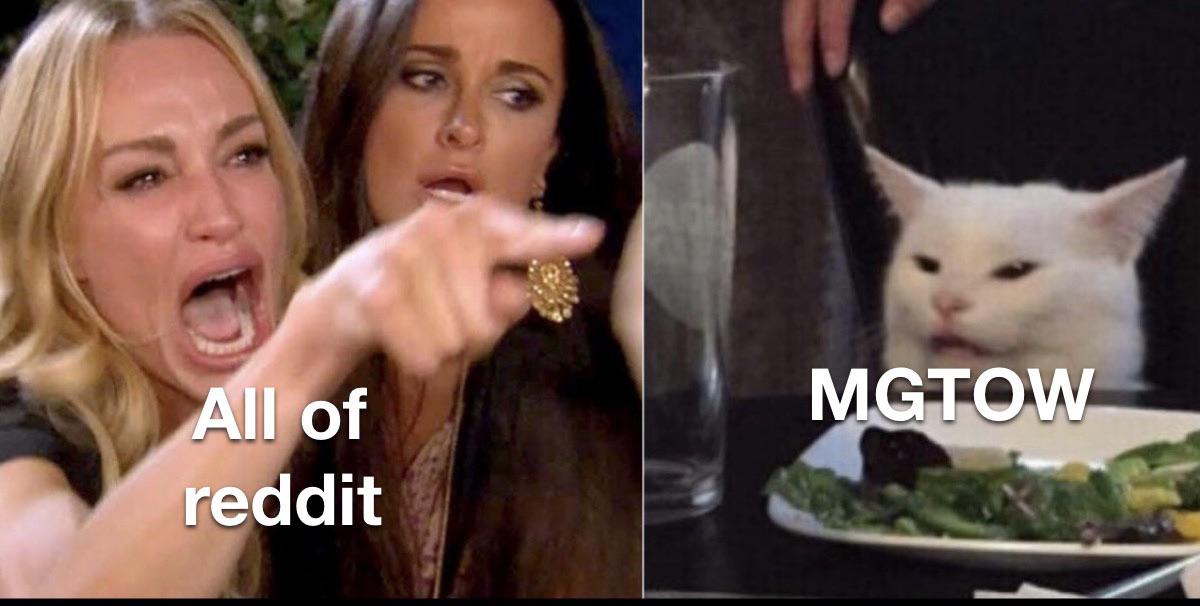 Translation: I’m too immature for women my own age and they refuse to waste time on a nearly 40 year old “DJ” so I have to prey on younger women who don’t know they deserve better and still think that being the DJ at the local high school’s homecoming dance is cool.


Commentary from the FDS Advisor: A guy in the humblebrag subReddit gets ripped apart in the FDS subReddit.

From the WHEN WORLDS COLLIDE department:


Ladies, if y'all need ANY more confirmation about how LVM think, check out this thread in r/ mgtow about how this 'man' leads this poor pickme woman on, only to ghost her after sex because she was 'too perfect', so obviously was only looking for a dad/wallet for her kids.

She knew the Cheat Codes! self.MGTOW


Hey Men, I hope you're doing well. I just wanted to share a freaky story with you kings.

I found a women, and she was using "cheat codes" - as in, I think she read some MGTOW material.

Commentary from the FDS Advisor: Above we see the FDS Queens take issue with the MGTOW luzers. It ain't pretty.

From THE DELUSIONAL DOGMA department:

Never tell a woman that you love her. self.MGTOW


There is never a reason to do this. Even if you do unfortunately happen to love a woman, there's no need to tell her. Once you tell her you give her all the power, even if she happens to like you back.

It's not difficult when women are surrounded by a hundred simps professing their undying love all day.

You can tell a woman you love her but it has to come from a position of power, she has to earn it. Power is something blue pillers haven't got a slightest clue of.

FDS Advisor: Love is something MGTOW-ers haven't got a slightest clue of. Sure, "there's no need to tell her" -- if you want to spend the rest of your life in deep regret and pain and sorrow. From our editorial point of view as we who have been there, done that (BTDT), Second Love would only tell us that she loved us when we were swimming underwater and she could safely say the word in bubbles of air. Down in Husky Hollow on August 13th of that year, she did not speak of love -- she demonstrated it.

From THE AUDACITY OF SCROTES department:
Imagine thinking you will ever be in this position and getting to reject her. Imagine thinking she is your option. I just...
Lmao I'm sure this beautiful and talented woman is crying into her millions because some basement dweller doesn't find her attractive enough to date.

Men Going Their Own (Stupid) Way

Commentary: The MGTOW guys have it all wrong. They push an absurd, extinctionist philosophy and they will tolerate no dissent from their irrational dogma. The only way to respond to their wacky, self-pitying melancholy is to create a wildly popular webpage taking issue with their more outrageous rants and delusions, so that they come here and look for a tsk-tsk reaction when they si tacuisses.

FDS: A woman that is treated like a second mommy you can also sleep with by an incompetent immature man who has little respect for her. This is the ideal role most LVM are looking for women to fulfil.

FDS: A confident woman that knows her standards and refuses to lower them for any man. If a man tries to give her less than she deserves, she politely shows him that he is replaceable. Contrary to popular belief, this is a compliment instead of an insult.

MGTOW: a bossy wench, as in the wedding-gift book, How To Live With A Bitch.

Chad or Tyrone -- MGTOW: Guy who gets all the young pre-wall women.
Clydesdale -- FDS: a magnificent stallion of a man.
divorce rape -- MGTOW: when a woman takes everything from a man in divorce.
dusty -- FDS: Euphemism for the hated word "old", like a dusty piece of ancient furniture.
Forever GF --

FDS: A marriage minded woman who has already given away full platinum wife benefits to a man who has not yet produced a ring....even after nine years of nagging and waiting for him to propose. The ring was a carrot he was never going to give her.


Akin to FDS: Scrotation - a rotation of suitors you are currently dating, but are not in an exclusive relationship with. Scrotating is the act of having multiple suitors simultaneously. Ideally a woman is not having sexual relations with suitors during this phase, and is instead assessing their value as a romantic partner.

FDS: A woman who degrades herself and her value for the fleeting attention of men. Pickmeishas want the attention of the opposite sex so badly, she'll throw her fellow woman under the bus. They are frequently found engaged in upholding misogynist cultural norms.


pocket watching -- FDS: paying attention to how much money is in another man’s pockets.
simp -- MGTOW: A guy who does favors for women.
STBXH -- FDS: Soon To Be X-Husband.
wall, the -- MGTOW: age at which a woman's appearance goes downhill.


FDS: The Wall refers to the proverbial wall a man hits when they reach a certain age; characterized by a sharp decrease in physical appearance and attractiveness; can be self-inflicted through lack of looksmaxing, sex, or merely a pre-programmed genetic inheritance of MPB (male pattern baldness), low T (low testosterone), and ED (erectile dysfunction). Some conditions may cause the wall to accelerate and arrive sooner than expected.

wench -- MGTOW noun: an old-fashioned English word for a woman.
wench -- MGTOW verb: to chase women, as in, to go wenching.
winebox -- MGTOW: source of consolation, along with cats, for post-wall women.
ZVM -- FDS: (Zero-Value Male) A man that adds absolutely no value to your life.